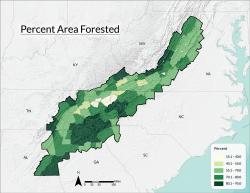 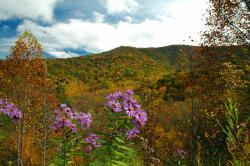 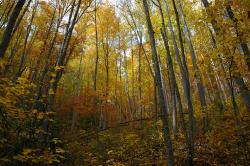 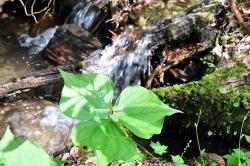 The living systems of the mountains of the Southern Appalachians experienced enormous changes in the 20th century. In 1901, an estimated 75 percent of Southern Appalachia was forested, with 10 percent still in virgin growth. The land management practices of that era exploited natural resources, and by 1920 resulted in rapidly eroding cropland and pasture and heavily logged forests in which little of value remained. Many people left the area in search of better opportunities in more hospitable surroundings.

As a result, federal efforts were implemented to support restoration and conservation in the region. Creation of national forests protected the headwaters of major rivers in the Southeast, and the establishment of the Great Smoky Mountains and the Shenandoah National Parks helped to preserve some of the special places in the Southern Appalachians. Together, these national forests and parks now make up the largest concentration of federal land in the eastern United States. The Tennessee Valley Authority (TVA) was created under the TVA Act to foster the economic and social well-being of the people of the Tennessee Valley, including the wise use and conservation of the region’s natural resources. The TVA Act recognized the role of forest management in the restoration of the region’s natural resources.

The National Park Service preserves unimpaired the natural and cultural resources and values of the National Park System for the enjoyment, education, and inspiration of this and future generations. The Park Service cooperates with partners to extend the benefits of natural and cultural resource conservation and outdoor recreation throughout this country and the world.

As a result of such efforts, the area’s ecosystems have since improved or recovered. Forests have been restored, key areas have been preserved in a natural state, soils have been protected from erosion, and the power of the Tennessee River system to create human disasters has been largely controlled. Today, the Southern Appalachians testify to the great conservation efforts of the past century. The land is once again predominantly forested, there are many economic opportunities to use natural resources, and once again the ecosystems are among the most biologically diverse in the world.

Currently, around 70 percent of the region is forested, with the remaining 30 percent in non-forest land cover. Deciduous forests dominate the forest landscape, with oak forest being the major type. Evergreen and mixed evergreen-deciduous forest share the remaining proportion of forested land. Pasture land comprises the largest proportion of non-forested categories. The largest proportion of the region's forested ecosystems are in the Blue Ridge Mountain section, followed by the combined Northern Ridge and Valley-Allegheny Mountains-Northern Cumberland Mountains. The remaining ecological units are considered agriculturally dominated.

Forest management and reclamation have resulted in many benefits, including watershed and water quality protection, soil erosion control, continuous yield of forest products, and multiple wildlife and recreational benefits. For example, erosion control measures that protect watersheds, regulate water flow, and reduce stream and river siltation have protected topsoil on 11 million acres, provided significant increases in farm production, and improved the efficiency of commerce and economic vitality through improved navigation of the Tennessee River.