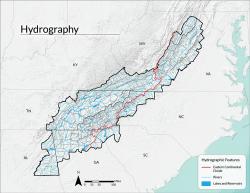 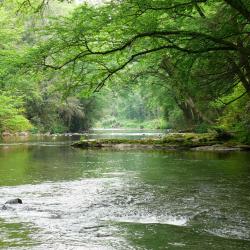 Early in the 20th century, the region's national forests were established to protect the headwaters of major rivers from flooding, erosion, stream sedimentation, and other impacts of certain land uses. Similarly, the Tennessee Valley Authority (TVA) was established to provide electricity, reduce flooding, improve navigation, and manage lands of the Tennessee River system. To accomplish this, TVA built a series of dams along the Tennessee River and tributaries, creating lakes available for public recreation and wildlife. TVA has also installed equipment at several dams to help provide the flows and oxygen levels needed for a healthy aquatic community in tailwaters—or the areas immediately downstream from dams. This helps to protect aquatic habitat, conserve the natural resources, and promote a thriving river system within the SAMAB region.

In the years since national forests were established, the value of the region’s water quality and quantity has continued to grow and more people and businesses have relocated to the area. However, rivers and streams are much more than water sources for people; they support the region’s ecosystems and are dominant features of its landscape.

Hydrology is the analysis and description of the earth’s water resources. It is a science that includes mapping bodies of water. The surface water map of the Southern Appalachians shows not only the natural features, but also the human made. First, compare this map with the watershed map. Note how the streams and rivers to the east of the Eastern Continental Divide are linear and flow from northwest to southeast. These river systems flow downhill all the way to the Atlantic coast. Outside of the region, these rivers are constrained by major dams that create reservoirs. The streams and rivers to the west of the Continental divide flow in a variety of directions and are controlled by local mountain terrain and topography (see Terrain and Elevation for additional information). Additionally, the rivers in Western North Carolina first flow north into Tennessee and head west to eventually flow into the Mississippi River system.

Other than water quantity, the quality of the water is important to how we interact with the natural landscape. For example, water quality often influences where land is acquired for the establishing of state parks, thus protecting the watershed from degradation due to urbanization.